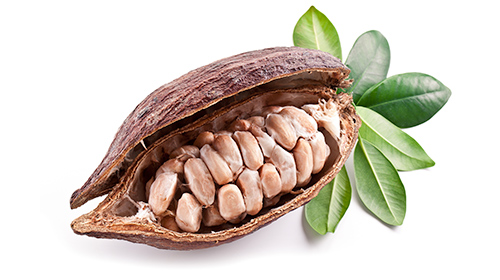 Effect of cocoa flavanols and exercise on cardiometabolic risk factors in overweight and obese subjects.

Journal of the American College of Cardiology

OBJECTIVES: Our goal was to test feasibility and efficacy of a dietary intervention based on daily intake of flavanol-containing cocoa for improving vascular function of medicated diabetic patients. BACKGROUND: Even in fully medicated diabetic patients, overall prognosis is unfavorable due to deteriorated cardiovascular function. Based on epidemiological data, diets rich in flavanols are associated with… END_OF_DOCUMENT_TOKEN_TO_BE_REPLACED

BACKGROUND AND PURPOSE: Cerebral ischemia is a common, morbid condition accompanied by cognitive decline. Recent reports on the vascular health benefits of flavanol-containing foods signify a promising approach to the treatment of cerebral ischemia. Our study was designed to investigate the effects of flavanol-rich cocoa (FRC) consumption on cerebral blood flow in older healthy volunteers…. END_OF_DOCUMENT_TOKEN_TO_BE_REPLACED

Effects of cocoa flavanols on risk factors for cardiovascular disease.

Epidemiologic investigations support the hypothesis that regular consumption of flavonoid-containing foods can reduce the risk of cardiovascular diseases (CVD). While flavonoids are ubiquitous in plants, cocoa can be particularly rich in a sub-class of flavonoids known as flavanols. A number of human dietary intervention trials with flavanol-containing cocoa products have demonstrated improvements in endothelial and… END_OF_DOCUMENT_TOKEN_TO_BE_REPLACED

BACKGROUND: Long term cocoa ingestion leads to an increased resistance against UV-induced erythema and a lowered transepidermal water loss. AIM OF THE STUDY: To investigate the acute effects of a single dose of cocoa rich in flavanols on dermal microcirculation. METHODS: In a crossover design study, 10 healthy women ingested a cocoa drink (100 ml)… END_OF_DOCUMENT_TOKEN_TO_BE_REPLACED

A single-dose ingestion of flavanol-rich cocoa acutely reverses endothelial dysfunction. To investigate the time course of endothelial function during daily consumption of high-flavanol cocoa, we determined flow-mediated dilation (FMD) acutely (for up to 6 hours after single-dose ingestion) and chronically (administration for 7 days). The study population represented individuals with smoking-related endothelial dysfunction; in addition… END_OF_DOCUMENT_TOKEN_TO_BE_REPLACED

Journal of the American Society of Hypertension

OBJECTIVES: Strong evidence has secured aging as a powerful predictor of both cardiovascular risk and endothelial dysfunction, yet specific treatment is not available. We tested the hypothesis that vascular responsiveness to flavanol-rich cocoa increases with advancing age. We have previously shown that flavanol-rich cocoa induced peripheral vasodilation, improving endothelial function via a nitric oxide (NO)-dependent… END_OF_DOCUMENT_TOKEN_TO_BE_REPLACED

Dietary antioxidants contribute to endogenous photoprotection and are important for the maintenance of skin health. In the present study, 2 groups of women consumed either a high flavanol (326 mg/d) or low flavanol (27 mg/d) cocoa powder dissolved in 100 mL water for 12 wk. Epicatechin (61 mg/d) and catechin (20 mg/d) were the major… END_OF_DOCUMENT_TOKEN_TO_BE_REPLACED

Foods and beverages rich in flavonoids are being heralded as potential preventive agents for a range of pathologic conditions, ranging from hypertension to coronary heart disease to stroke and dementia. We and others have demonstrated that short-term ingestion of cocoa, particularly rich in the subclass of flavonoids known as flavanols, induced a consistent and striking… END_OF_DOCUMENT_TOKEN_TO_BE_REPLACED

The effect of flavanol-rich cocoa on the fMRI response to a cognitive task in healthy young people.

Flavanols are the main flavonoids found in cocoa and chocolate, and can be especially abundant in certain cocoas. Research over the past decade has identified flavanols as showing diverse beneficial physiologic and antioxidant effects, particularly in context of vascular function. The present study employed functional magnetic resonance imaging based on blood oxygenation level-dependent (BOLD) contrast… END_OF_DOCUMENT_TOKEN_TO_BE_REPLACED